If you search for “what is a media audit” it quickly becomes evident that the answer is not terribly clear-cut. You get results for companies that provide insights about media outlets, local markets and consumer behavior. Mixed in are also results for social media audits, which although useful, are completely different from a media accountability performance audit. Even amongst the media performance auditors, there is no common definition offered – as each defines the practice based on its own perception of advertiser’s needs and upon its core competencies.

So, let’s take a step back and define what a media audit is – in clear, straightforward language. Then we’ll review what that should really encapsulate and why.

An audit is defined as an official inspection of an individual’s or organization’s accounts, typically by an independent party. In financial terms, this might be the IRS auditing an individual’s taxes or an accounting firm auditing a company’s financial statements. However, an audit is not limited only to finances.

A media audit is a fact-based assessment of the performance of an advertiser’s media buys by a neutral, expert third party. This follows the general definition of an audit, but it is specific to paid media. Both contain a few key components:

2. Of accounts, documents, data (or media buys) that have been represented as truth or fact from one party to one or more other parties

3. By an independent, neutral entity that is qualified to conduct such an assessment and has the resources necessary to do so

You can’t have an audit (media or otherwise) without these components. You can have an exercise. Inquiry. Analysis. Investigation? Fishing expedition! But not an audit. Make no mistake: it is possible to commission one of these other endeavors, and even to have the provider call it a media audit. Pasteurized process cheese food is sometimes called cheese by its purveyors, but it’s less than 51% actual cheese. Yes, it’s food (marginally), but is it cheese?

When we come across an advertiser who has had a lackluster or downright negative experience with a prior media audit firm (which has unfortunately happened a few times in our 27 years), it is because one of the above key components was not satisfied.

Just like in a financial audit, the process in a media audit should be meticulously designed, transparent to all parties, and followed carefully. The objective is to provide the advertiser with a complete, accurate, and fair assessment of the performance of its paid media investment and that of its agency and media sellers in the execution of its media buys.

1. Did my company get what it paid for?

2. Did we pay a fair price for the media we purchased?

3. Were our buys and finances managed in compliance with our expectations?

These questions guide the audit and how it is conducted. The process for answering them has been carefully designed, with each of the dozens of steps specifically identified. From the outset, the advertiser and the agency understand what will be requested to complete the audit, and how each element will be used throughout the analysis.

This is a crucial part of the process, because if the auditor is trying to answer questions that are ultimately not helpful, actionable, or objectively answerable, then the finished product will be of limited use to the advertiser and its agency.

This area should flow directly from the first. Given the purpose of the assessment, what source documentation and third party data will be required in order to provide a full, objective and definitive answer? What specific level of detail will be required, and in what format, in order to efficiently move it from subject to auditor and conduct a rigorous analysis?

This is, frankly, the area where many media audits don’t hold up. When clients walk away disappointed from a so-called media audit, it usually stems from one or more lapses in the audit design with respect to the data and documentation which was reviewed and how it was analyzed.

2. Quantifiable – The findings and their value can be quantified. In media, this usually requires access to 3rd party measurement data and the ability to use it.

3. Irrefutable – Inconclusive findings are the last thing anyone wants from something called an audit. Findings that are based on full, accurate source data and accepted industry resources are irrefutable.

4. Additive – Findings That Matter need to add something – even if that something is expert, neutral validation of agency or seller self-reporting.

Let’s consider a couple of examples. If a media audit firm does not take in 100% of the agency’s source documentation, possess 3rd party measurement research subscriptions and/or track performance back to contractual agreements between client, agency and sellers … then the results will not be irrefutable or actionable. “Faster” results based on shortcuts don’t drive value because they aren’t actionable. You have them sooner, but good luck doing anything useful with them.

Alternatively, if a media audit firm eschews industry benchmarking (i.e. performance, cost, etc.) in favor of simple year-over-year comparisons for their specific client, the result isn’t additive. This information is already known by the advertiser and its agency. At MMi, we have rejected the appropriateness of proprietary auditor cost pools in the U.S. for longer than most audit firms have been in business. However, third-party industry benchmarks and general depth of industry purview (if the audit firm in question has it) can – when appropriately applied – help media auditors to add value in performance and cost benchmarking. Performance should never simply be “benchmarked” in a vacuum. Improvement over time is a consideration, but it should not be the only one. Is moderate improvement against subpar performance really cause for celebration? If an advertiser’s performance is outside of industry norms, most will want to be aware of it and to understand the potential drivers.

“When appropriately applied” brings us to the final requirement for a media audit. A media audit should be conducted by a third party that is neutral and qualified.

·  Third Party – None of the parties to the media supply chain (agency, seller, or even advertiser) should conduct a media audit, because each has a potential vested interest in the outcome.

·  Qualified – The media audit firm should have the people, tools and software, and requisite 3rd party research to conduct the audit. This means staff with media buying and planning experience. It means subscriptions to audience research. It means the resources and knowhow to efficiently move huge amounts of data.

Ultimately, the reason to conduct ongoing media auditing is to have expert, neutral 3rd party oversight of an organization’s paid media – often its single largest marketing expense. However, media auditing is about more than simply “checking a box” – or at least it can be. It’s an opportunity to assure that your company is maximizing the value of your media investment and driving accountability and transparency. And you don’t do that with pasteurized process cheese “food.” 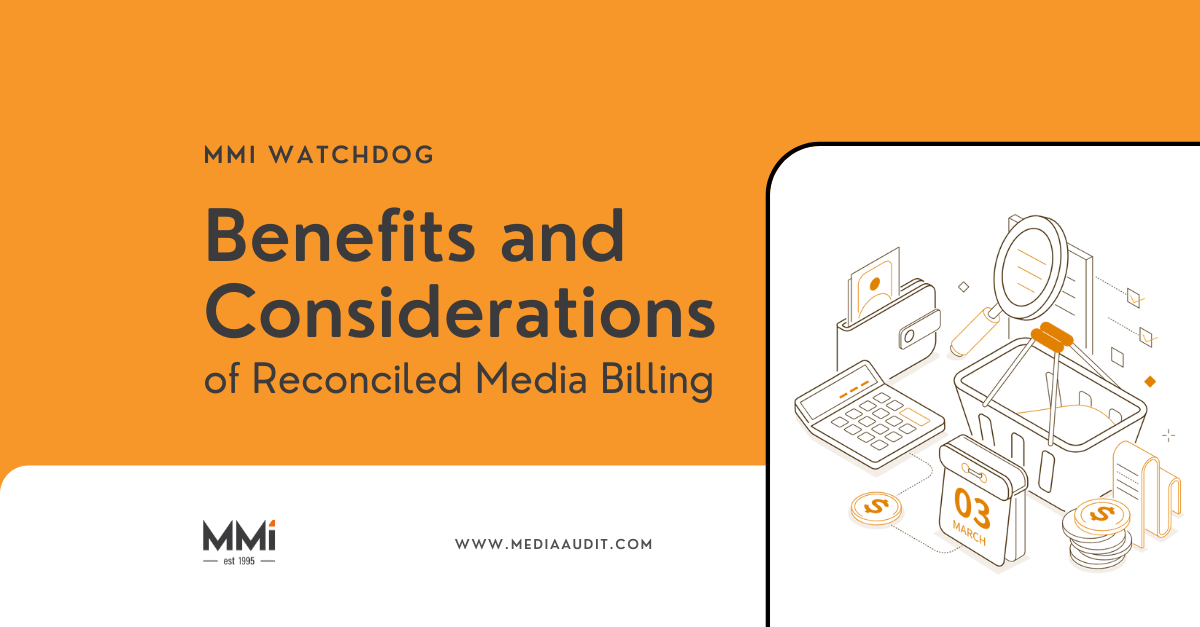 Managing the flow of cash through the agency to the media partners, and the timing of this makes a difference to an organization’s bottom line. One of the most impactful shifts a company can make is converting media agency billing from Estimated to Reconciled. Read the full article to learn the benefits and considerations to make this change and guidelines for a conversation with agency partners regarding a transition. 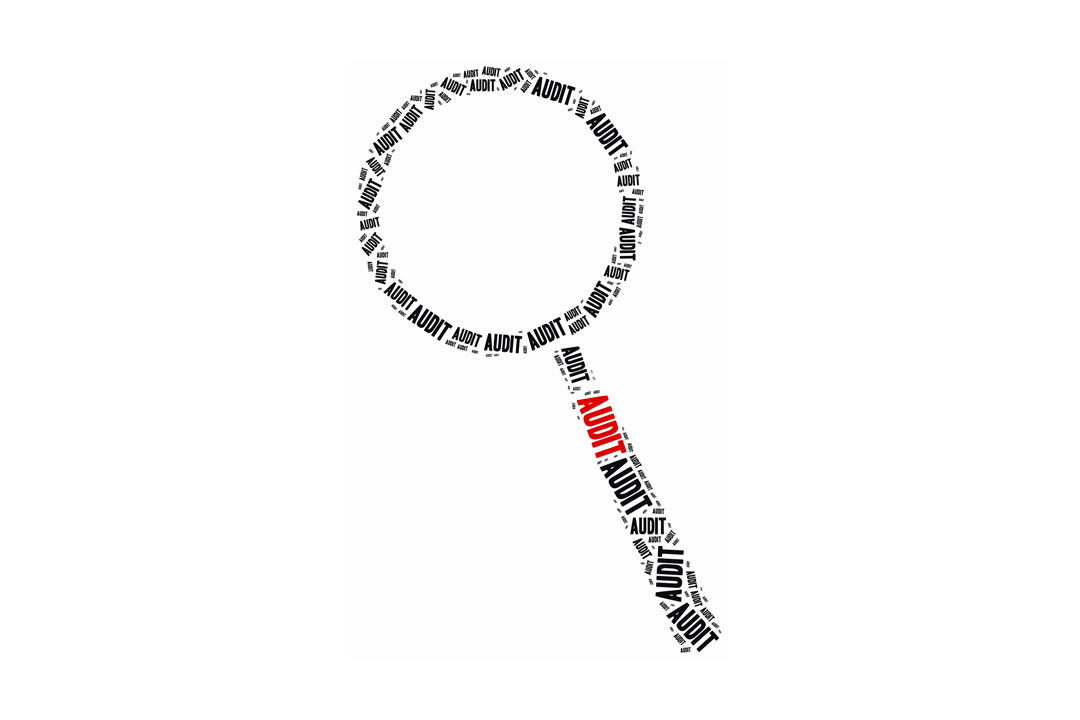 In a Media Audit, What Are Findings That Matter?

Not all media audit findings are created equal. Media audit Findings That Matter are actionable, quantifiable, irrefutable and additive.

Clients often receive (and pay) digital media billing from their agencies far in advance of the activity actually being reconciled and paid out to vendors.